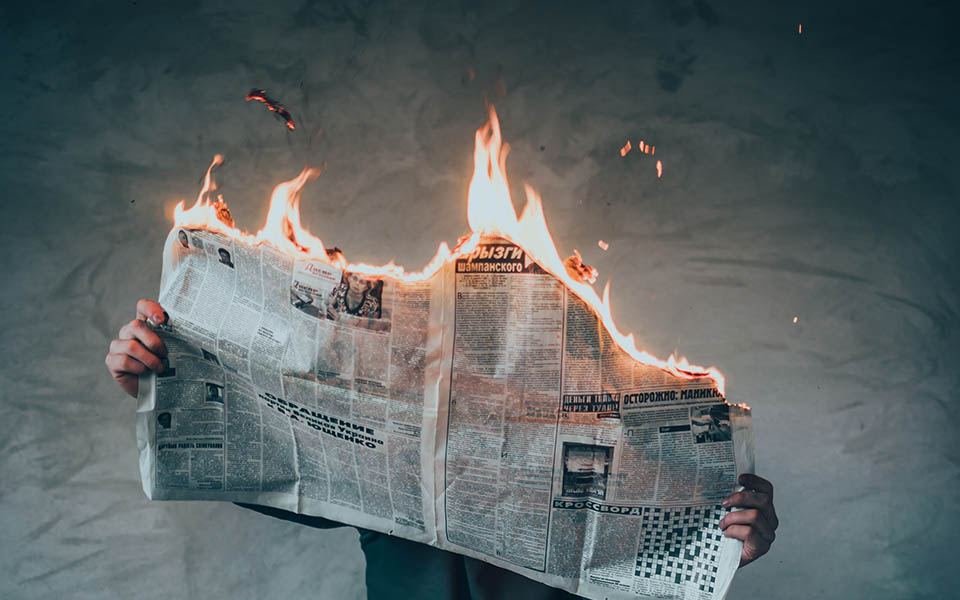 I just attended a small business town hall: Reimagining Small Business about how to create an equitable, antiracist, inclusive organization. It was wildly inspiring and aspirational.

I have been engaged in many conversations about systemic racism and I’m seeing both a deep desire to learn and do better, and I’m also seeing some willful ignorance.

Our white supremacist heteropatriarchy is the water we are swimming in. The fish don’t see the water they are in, they just swim and take it for granted as their environment.

Until we choose to wake up–or are forced to wake up by some major event like what is happening right now, it’s very easy not to see the water for what it is.

And it’s the long game. It’s not an overnight thing to read a book or two, do some interviews with some smart folks and then to say, “Okay, I get it.”

The colonialism that created our racist country exists on our bookshelves, in our schools, in our curricula, in our thinking and in our actions. We don’t even realize it.

How many books by people of color did you read last year?

How many books by women did you read?

How many books by queer people?

Who are you buying from?

What vendors and small businesses are you supporting with your dollars?

Do you buy everything from Amazon and other big box businesses or do you seek out independent sellers and make a point of supporting Black owned business?

Do you still believe the mythical story of America you learned in school?

The one that tells us racism was solved by Martin Luther King and the Civil Rights Act?

The one that taught us that Thanksgiving was created as a peaceful feast between Indigenous people and the European Pilgrims (colonizers)?

The one that taught that sexism doesn’t exist because women got the right to vote?

The one that taught us we had a racist history that might have included a bit of genocide and some slavery but hey, that’s all over now?

It can be really hard to wake up to the lies we have been taught.

A critical analysis of our conditioning is critical to overcoming it, unlearning it and being real agents of change.

I am looking for ways to deepen my impact, support things aligned with my values and what it means to dismantle the systems that have lifted up some and kept others down.

You can’t be a part of those changes without humbling yourself, educating yourself and being willing to get it wrong. You will get things wrong. We all will. Even people of color get things wrong about this complex mess of systems and the racism they teach us.

What I know is that we get to keep working on it.

We get to be willing to make mistakes.

We get to ask questions.

We get to pay people of color for their labor when they answer them.

We get to support efforts to change our prison and justice system so it’s actually about true justice.

We get to look at how racial justice and economic justice are completely interconnected.

Keeping an entire group of people economically enslaved, civically disenfranchised, imprisoned and at risk of police violence because of their race is unacceptable.

It’s critical to understand that the systems we have work by design. They are not broken, as many folks have said. They are working exactly as they were meant to.

I don’t know what it will look like to defund, disband or transform the police. A lot of different language is being used to talk about it and whatever we call it, the point is that we get to invite community members to the table to figure out how to reorganize the police state we now live in.

We get to hire people with other skills to help with violence prevention and intervention, to assist people struggling with addictions, to care for stray animals, to intervene with trafficking and many other things that have been dumped into a system of control and punishment rather than a social system that cares for people and animals and uses different tactics for rehabilitation and social support, rather than criminalization.

We also get to demand that police officers who have harmed and killed Black and brown people be dismissed and face appropriate consequences. We get to create a new system that will truly protect and serve the people.

Please use your voice. Have the hard conversations, put your money where your values are and know that to change this requires enough of us standing for justice.

I have been thinking about the famous poem by German Lutheran pastor Martin Niemöller:

Let us all speak out. No more willful ignorance. We get to create real change and it will take time. Be patient and loving and keep showing up.

After the election in 2016, when the numbers showed white women were the tipping point in electing Trump, I offered a 12-week course called Calling In White Women to help people deconstruct white supremacy and racism, understand it and how it lives in them, and how to be in allyship. A few people have written in and asked if I would do something like this again.

I am considering doing a similar type of program with guest teachers for all genders. If I were to offer something, what do you most want help with? What would benefit you and your folks most? I have some pretty phenomenal colleagues who could teach and support all of us in breaking these things down.

Please let me know in the comments below. We all get to do better and we need support to do it, so let’s create something together.