What the USWNT, Black Panther & the 116th Congress have in common [love letter] 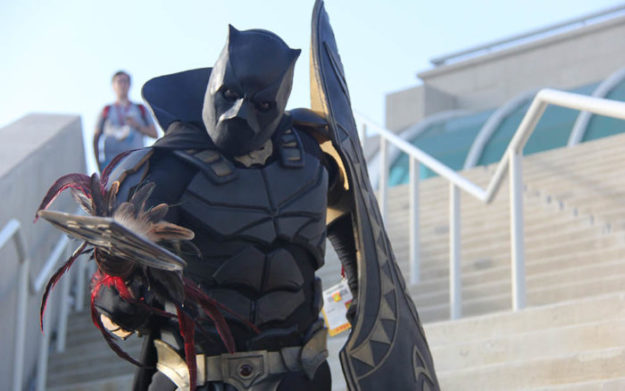 On Day One of the 116th Congress, as more women and people of color than ever before poured into the House chambers to do their newly appointed jobs representing the people of The United States, a palpable shift could be felt. Rep. Nancy Pelosi called it “The People’s House.”

My friend and colleague, sex educator Marcia Baczynski said to me, “I didn’t realize how much I needed to see that.”

I continue to have moment after moment of “I didn’t realize how much I needed to see that” and the relieved outbreath that follows each time I see myself and so many diverse people represented boldly and prominently. People we are not used to seeing on the regs.

Representation is deeply important. It means something to see an image of yourself in the world, an image of someone who looks like you in all their power and glory. Bearing witness to them as they own all of who they are and accept the charge of their life’s purpose as the world watches.

Those are moments we remember. They give us hope and courage to be all of who we are.

Gratefully, as the tides are turning, we are having those moments more and more.

Had there been Ellen when I was growing up, I would have come out much earlier.

“I didn’t realize how much I needed to see that.”

The L-Word brought regular, albeit hot, lesbians to the mainstream—women from Los Angeles living and creating their lives and relationships. Crowds of us would show up at our local women’s bar for screening parties because we needed to see that.

This last year has been a watershed of IDRHMINTST moments.

Watching royal black characters in a film that honors ancestors, ritual, plant medicine, community and the African Diaspora in Black Panther shifted something in my very bones.

Damn I needed to see that. We all did.

Nearly every superhero is a white macho guy—to see superheroes who are black, gay, female—we need to have that imprint of strength and power. White hetero maleness has been the center of mythological power in our mainstream media and culture for too long.

Thank you Wonder Woman. Thank you Black Panther for chipping away at that wilding skewed centering of experience, and bringing new voices and images to light.

Crazy Rich Asians created a huge stir this year as the first all-Asian cast in a mainstream American film since Joy Luck Club over 25 years ago. Seriously?

“I didn’t realize how much I needed to see that.”

There are so many beautiful independent films about many cultures around the world that never make it to the mainstream—we need to see them. We need to see an image of the actual world, rather than the mythical one with white maleness at its center. We are resetting that myth, story by story, reaffirmation after reaffirmation of everybody else.

This last week has been a massive moment for the world, as we got to watch women in their full confidence and glory as the U.S. National Soccer Team won the Women’s World Cup, while simultaneously bringing a lawsuit against U.S. Soccer for pay discrimination.

These women are certainly fierce physically, yet emotionally, intellectually and
politically they are fortified and poised to impact the world well beyond the game of football.

Fuck yeah I wanna’ see that.

Every cell in my body has been lit up watching them play beautifully, with grace and power.

Watching them win is bigger than the game. It’s watching them shift the focus and take a platform that is theirs to speak loudly on about women, women’s sports, equality and victory.

Watching them celebrate their hard work in their wins has been glorious for all fans because it’s a win for us all. To boot, so many of them are out as lesbian/bi/queer, running to kiss their waiting girlfriends at the end of their wins.

Yeah I need to see that. We all do, so we cease this exclusive heterosexual fairy tale that doesn’t exist as gay people become as much in the fabric of mainstream culture in our wins and love as everybody else.

The critique the Women’s Soccer Team has received is exactly why we need to see their win and their celebrations. Women are so often told not to be too big, not to celebrate too brazenly, not to flaunt our talents, not to dare make a man feel small, not to make too much money, not to be too sexy, not to overshadow someone else, not to be too confident.

These women have given no fucks about their critics, and have been EVERYTHING women get to be. Their confidence is beautiful and it inspires every woman watching, and every little girl who looks up to them to be something bigger in herself, whether in playing soccer or the game of life.

We get to take up space. We get to be seen. Our experiences get to be acknowledged.

As women. As queer folks. As people of color.

We do not have the same perspectives nor privileges, and we will take what is ours.

As new media and the internet has largely democratized access to widespread
audiences and platforms, we all get to shine our stories and speak our will.

We get to create the world as we want to see it, which means we are in it.

I didn’t realize how much I needed to see that. I can’t get enough. I feel fortified every time I see the stage claimed by those of us who have been marginalized, who have been told we can’t, who have been denied access.

The male white heads in congress will continue to roll as women of color in pursuit of equality storm our house and clean it up.

And in this moment, as our women’s soccer team are the brightest stars on the globe, we get to shift the focus and the conversation to the power of women.

It’s about time we get to see that.

Want to not only see women being badasses in their power, but actually get to be a part of it? Honestly, I can’t imagine a better place to be inspired by women claiming and owning all of who they are, busting out unabashedly and shedding the shame and beliefs that have held them back, than Fire Woman Retreat.

Fire Woman Retreat is three of the most extraordinary days you will ever spend in service of your personal power, sexuality, relationships and the pleasure of your own body. Tier One registration is open now (until it sells out.) If it calls to you, don’t wait one more minute. Register today.

We are gonna light it up—cuz we know how much we want to see that. Come get sparkly with us.