The Problem with People Pleasing

Nearly every person I work with as a sex coach must look at their relationship to people pleasing at some point as part of our work.

I have come to see this as a central issue that must be addressed in the sexual empowerment work I do with everyone. So let’s get real about what people pleasing really is. 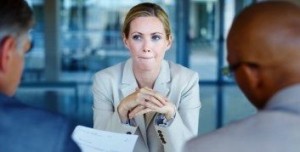 People pleasing, at its core, is about control.

It’s about the desire to be liked and appreciated, the want to have people give you attention because of what you do for them and how well you do it.

The funny part about it is that many people pleasers think they are being “nice” or doing “nice things” for others. And while that may be true on one level, underneath the need to be seen as nice, kind, helpful, generous or whatever the desired perception is, a people pleaser has an ulterior motive.

I know this is hard for some of you to hear. It shifts a self-identity and perception that says, “I take the high road.” Or “I always do what’s right.” Or “I take good care of people/my relationships/my family.”

And that could be true, but at what cost to both you and to them?

People pleasing is a pattern of manipulation.

You are doing something for another because you want to get something out of it, you want them to behave a certain way or do something for you, or you want to be able to hold your good deeds up later to show how noble you are when you want to get your way. This is how it relates to control. You feel like you lack control in your relationships and you make attempts to gain it by underhandedly getting people to do what you want.

Sexually, this shows up in many harmful ways that always lead down the road of disappointment and unfulfillment.

I’m here to say, people pleasing is NOT the way.

It hurts you because in your people pleasing behavior, you leave your own authenticity tucked away somewhere, removed, and you subjugate your own needs to another person. You do things sexually that aren’t what you really want so you can get the affection, security or your other needs met.

You pretend you don’t have needs, and a lot of people pleasers will act out in very passive-aggressive ways because they are not asking for what they want.

Rather, they want others to figure it out and think it is owed to them because of all the do-gooder acts they’ve done for that person. Sometimes this exists on a very subconscious level to the point where it just becomes your modus operandi: an internal score keeping that, in the end, is about you getting your due. 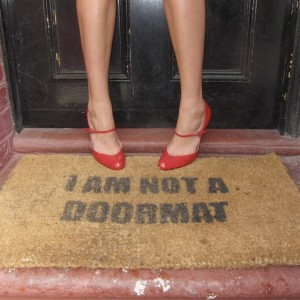 People pleasing hurts others because you are not showing up authentically or allowing them to really give to you.

It manipulates them so their behavior is influenced by other factors than whether they want to do whatever it is you want them to do. There is a deep duplicity in people pleasing that can make someone else think they are having an authentic relationship with you, only to realize later they are not. You weren’t telling them the truth, they were duped and now nobody trusts nobody.

And many times, other people will learn to take advantage of a people pleaser because they know “they’ll say yes”. Does “doormat” mean anything to you? Who wants that?

If you know you tend towards people pleasing, look at what motivates you. I guarantee you it’s impacting your life, your friendships, your partnerships, your marriage, your work relationships and ultimately, your authenticity. It doesn’t show up in just one place. There are ways it will show up everywhere.

Wherever you learned it (probably from a parent or caregiver), you’ve got to do the work to unlearn it so you can show up with authentic communication and desire and be a real adult in your relationships.

Until then, you will continue to subjugate your own needs to others, get frustrated or resentful about it, or make yourself a victim, and then manipulate your way to what you want.

IMHO, that’s no way to live.

People wanted me to talk about this topic more, so read part 2 where I continue talking about people pleasing and how to heal from it.