The Power of Speaking the Unspeakable

How often do you filter yourself and prevent yourself from speaking up about something that needs to be spoken?

I think many people end up in depressions because they do not directly address what is going on. They hurt inside and they tell themselves they are not supposed to hurt for this, or to feel like this, or to acknowledge it so they stay quiet, suppress their feelings and turn those suppressed feelings into a depressive state.

We’ve got a lot of shame wrapped up in both sex and money, and we tell ourselves we are supposed to keep it to ourselves and that we are not to get help for our financial or sexual lives, which keeps us alone about both.

What would happen if you began to speak the unspeakable? I am known for this, both in my work and personal life. I’ll ask you openly, “How’s your sex life going?” When my relationship was on the rocks, I frankly disclosed it to our friends, with my partner present, because it did us no good to pretend everything was okay. In my work, I create spaces where people can talk about their struggles and challenges with sex and money in a way that allows them to see what’s going on underneath, work on their patterns (because they’ve named what they are), and have break-throughs about them. You can’t have a break-through if you don’t face what it is that stands before you, what you need to break. This is so important. I know you, like most people, want more spaces in which to talk about these things, but you probably don’t have many role models for how to do this.

Think about it this way: How hot is it when you say what you want and get it? When you tell someone a fantasy and they say, “Okay, let’s go.” When you’ve had a crush on someone or fantasized about them, and then you actually get to kiss them, or play out your fantasy! When you get the money you wanted? When you feel well-paid for your gifts and hard work? You feel alive! You feel like the universe responds to your desires! Which it does…every moment of every day. 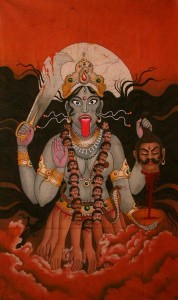 I have found that speaking the unspeakable empowers me. It’s a gift to name what others will not name, to say what’s really going on rather than pretend it’s not. Most people pretend. It’s easier, but it sure doesn’t help you create the life you really want. Others almost always appreciate it when I speak what no one else would, because it opens up the space for them to be more transparent, honest and present in our dialogue. Suppression and dishonesty keeps integrity away and creates more problems that generally result in not receiving what you really want.

What is something that is true for you about sex or money that you are not speaking right now? What is a desire you are not talking about? Who do you need to say it to? What would you like to accomplish in naming it and breaking the taboo silence you’ve had around it? What shame could you release if you named the unspeakable thing? How would it enliven your life force and steer you towards having more of what you want?

Find a way to say that thing this week, to someone, even if it feels scary. If you want to say it here on my blog rather than to someone you know, do it here. Give yourself the space to honor your own self-expression and lift a taboo that has held you back. Just one. Then the next one will be easier, and the next one after that, even moreso.