The New Violence of Forced Sterilization 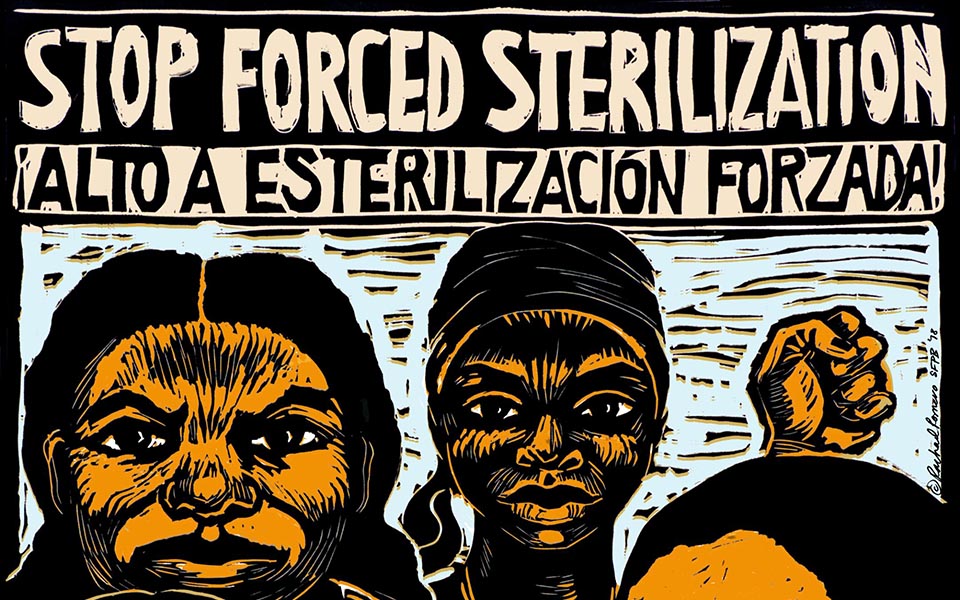 This week, a nurse at an ICE detention center blew the whistle on alleged mass forced/coerced sterilizations of women at the facility. If true, this is a horrific human rights violation.

Forced sterilization has a long ugly history in this country and other parts of the world. It has been used to control women of color, poor women, people with physical or mental/emotional disabilities, LGBT people, people who are incarcerated, and others considered “degenerate,” “imbeciles” or somehow deemed unfit to breed.

The eugenics movement was a movement designed to prevent the birth of “unfit” “defective” people. Who decides who is unfit?

We sterilized thousands of Native American women, Black women and Puerto Rican women as part of state and national eugenics programs from the early 1900s through the 1960s. It was profoundly and boldly racist.

Margaret Sanger, who founded Planned Parenthood, and is often lauded as a wonderful patron of women was actually a eugenicist. She opened the first birth control clinic in Brooklyn, New York, and aligned with the eugenics movement as she fought for access to contraception.

Sanger stated that “birth control is nothing more or less than the facilitation of the process of weeding out the unfit [and] of preventing the birth of defectives.”

Interesting, given that the very foundation for the reproductive justice movement is that we all get to choose if, when, how and why we want to reproduce.

Indeed, many prominent leaders were eugenicists, including Theodore Roosevelt, Winston Churchill, and Oliver Wendell Holmes, Associate Justice of the U.S. Supreme Court from 1902 to 1932.

In fact, Holmes wrote the 1927 Buck v. Bell decision that allowed for compulsory sterilization of the “unfit” in the U.S. That’s right, a U.S. Supreme Court case made forced sterilization legal.

He stated, “It is better for all the world, if instead of waiting to execute degenerate offspring for crime or to let them starve for their imbecility, society can prevent those who are manifestly unfit from continuing their kind.”

In fact, the state of California had such a “successful” state-led eugenics program, through which over 20,000 people were sterilized, that the German Nazis asked for guidance for how to create their “master race” and California was happy to supply information.

Sometimes we think the problem is over there, when it’s right here in our own home. Our forced sterilization programs were responsible for sterilizing over 80,000 people, and over half of those after World War II when we fought the Nazis.

The hypocrisy is damning.

The ability of women, non-binary and trans people with uteri to produce children is our superpower. Whether we choose to have children, we have the power to create life in our own bodies.

The survival of patriarchy depends on controlling women’s reproduction and sexuality. That superpower is so big that to let us have it without state control and the intervention of men would mean a freedom they will never know, and seem unwilling to relent to the people whose power it belongs to.

The power over our own bodies, our reproduction, our pleasure, our orgasm, and our sexual choices is OURS. Full stop.

This is non-negotiable. Our sexuality has been used against us to control us in myriad ways throughout history and all over the world.

Forced sterilizations were outlawed in the 1970s, and yet today, in 2020, it looks like a great number of Mexican and other Central American women have been involuntarily sterilized right here on U.S. soil. This is a deeply egregious, inhumane human rights violation.

The United Nations defines “imposing measures intended to prevent births within the group” as an act of genocide and a crime under international law.

We have used it that way over and over.

The United States has some serious questions to answer. This is another step towards a dangerous, fascist state.

We see people deemed “other” as less than human.

We see people of color as less and therefore take away the human rights that every person deserves, regardless of nationality, race, ability, age, sexuality or any other factor.

If this allegation is actually true, please ask yourself what this means about our country. No true democracy would treat people this way.

The very definition of a democracy is that everyone has an equal vote, everyone counts, and everyone deserves human rights and dignity.

This is not acceptable anywhere. And based on our history, we know better. If those in power don’t know better, their power gets to be remanded to those who do.

CNN, Catherine E. Shoichet. “The US Has a Horrifying History of Forced Sterilizations. Some Fear Hysterectomies in ICE Custody Could Be a New Chapter.” CNN, 16 Sept. 2020, www.cnn.com/2020/09/16/us/ice-hysterectomy-forced-sterilization-history/index.html. Accessed 17 Sept. 2020.