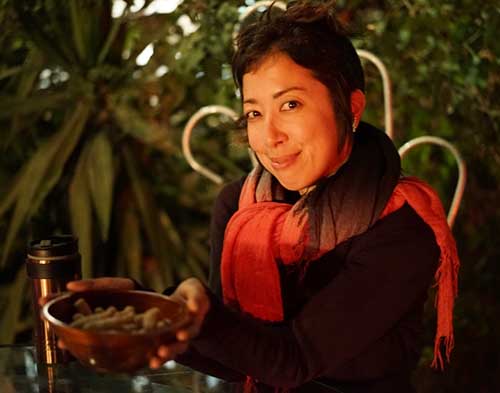 I have recently written a bit about the powerful Women’s Sexual Archetype Ritual I will offer at the upcoming Fire Woman Retreat. There have been many questions about archetypes and some intrigue about them, so I thought I’d give you a little primer about my approach to these archetypes and why they matter.

I believe we carry many shadows that we can’t see that need to be brought into the light, so we can heal them and stop letting them lead our life. Not all shadows are “negative” or undesirable…sometimes golden parts of ourselves are in shadow, waiting to be claimed.

Archetypes are energies. They are myths and energetic patterns that are very recognizable and they can impact us in many unconscious ways. I offer the sexual archetype ritual because it allows participants to experience and explore these energies in a contained ritual space and learn something about how they might be alive inside them.

Some scholars believe that all archetypes live in everyone, just in varying amounts and degrees. When we deny or repress a part of ourselves, it will generally surface in another way. For instance, the woman who called me a slut at my business conference probably has an inner slut whom she is not recognizing, but which needs to be acknowledged. Otherwise, she wouldn’t  have needed to project it onto me.

There are hundreds, if not thousands of archetypes. Each one has positive and negative attributes and very familiar mythical stories that go along with it. Understanding how an archetype lives in you and getting clear about your relationship to it allows you to be more powerful with that part of yourself. It allows you to own it rather than deny it, to embrace a lost part, or bring something home. When you keep something in shadow, you do not acknowledge it and it will do its due diligence to change that. Sometimes that means it sneaks out when you aren’t expecting it, and sometimes that’s when the worst parts of ourselves come forth because we haven’t made peace with our inner bully, our inner femme fatale, our inner damsel, our inner judge or whatever the archetype.

Sexually speaking, our culture is full of archetypes. For women there is the virgin, the slut, the mother, the butch, the prude, the prostitute, the good wife and so on. For men, there is the stud, the player, the nice guy, the Casanova, the SNAG (Sensitive New Age Guy), the husband, the father, the nerd–which nowadays is more like the IT guy, and so on. Here’s the thing about all of these archetypes: when you hear each name, you immediately can conjure up an image of who that person is. That’s what makes it an archetype. We can all easily recognize it and it has attributes that are universal.

Obviously, each person will express any given archetype in their own way, but there will be certain consistencies. The prostitute in anyone, is the part of us that has a price, that can be bought, that needs to do what it takes to survive, that uses sex as commodity. The Damsel is the part that wants to be taken care of. The Casanova and the Femme Fatale are masters of seduction. It goes on and on… if you start to watch through this lens you’ll see the patterns, and often, the wounds attached to them.

That’s part of the work I love to do as a sex coach: Help clients see the patterns they are living out, many of which are someone else’s. If you can identify the patterns then you can begin to change them. But when they are hidden in your shadows, unacknowledged, they will continue to plague you and you’ll recreate the relationship dynamics that support them, until you are done with Groundhog Day. Changing a pattern like this empowers you to step into the fullness of who you are. Who doesn’t want that?

I’d love to hear what these archetypes conjure up for you.