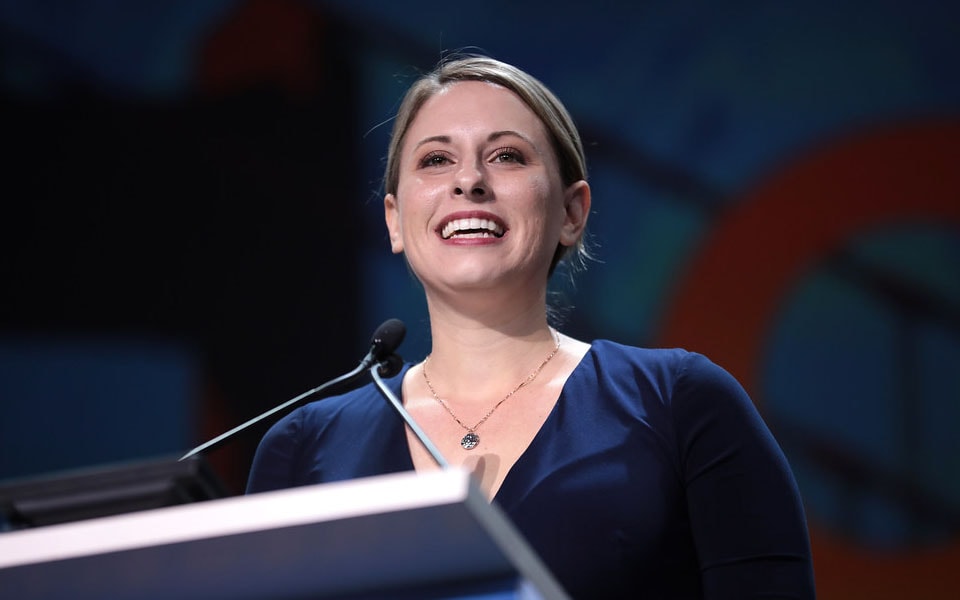 This year I passionately worked on the ground for House Representative Katie Hill’s campaign in northern Los Angeles. My friends and I were committed to helping this young, smart woman win a seat that had been held by Republicans for decades.

This week Katie Hill announced her resignation from Congress after her hard-won battle for her seat. Her much-needed Congressional leadership is leaving the building almost as quickly as it came in.

She resigned because her soon-to-be ex-husband, who she calls abusive, released private nude photos of her and a woman they had both had a relationship with. He, of course, is not questioned about this, while she is now deemed unfit for office.

“The forces of revenge by a bitter, jealous man, cyber exploitation and sexual shaming that target our gender and a large segment of society that fears and hates powerful women have combined to push a young woman out of power and say that she doesn’t belong here.”

There are so many things that are important about this situation and so many reasons for us to examine ourselves as a sex-negative, misogynistic culture.

1. Our country remains firmly uncomfortable with sexuality and uses any opportunity to shame people, and let’s be specific, women, for their freedom of sexual expression. Women are constantly scrutinized for our looks, our desirability, our sexual worth and cache. And then criticized and shamed when we actually want to be the agents of that sexuality and utilize it the way we choose.

We still legislate women’s sexuality and limit women’s sexual expression because this is how the patriarchy thrives. Sexual oppression is the number one tool to keep women in our place, be it sexual abuse, assault, sexual shaming or hurtful gender double-standards.

This is a major problem when we look at the fact that many young girls have killed themselves when they have been bullied and slut-shamed online. Regardless of what their actual behavior was, just the insinuation that these girls had actually been sexual was enough for such intense bullying that the only way they saw out of it was to kill themselves.

It’s appalling that we live in a society that has done so little to remedy this and throws away young girls because they explored their sexuality, or were merely thought to have done so.

This is the sexual climate in which we are raising girls and boys.

Nancy Pelosi’s demeaning comments only add to the shaming of young women for their sexuality. To diminish Katie Hill by calling her “our darling” as if she is a naive young girl is patronizing, unacceptable behavior for the speaker of the House, and a fellow member of Katie Hill’s party.

There is a clear generational chasm at work when older members of Congress cannot understand what it means for millennials to grow up with cameras in their hands for their entire lives, documenting many moments of their lives, which clearly would include intimate moments. Get my 10 Ways of the Sex & Money Connection PDF

Discover on a deeper level why sex and money are undeniably two of the most potent forces in our lives and explore how sex impacts your bottom line, especially if you are a business owner, entrepreneur.

2. Our country continues to promote a monogamous heterosexual marriage standard for all people and anytime someone veers from that false norm, they become the problem, rather than see how problematic a conformist system that does not support people’s individual choices and broad identities actually is.

People who are bisexual, polyamorous, queer or who express their gender outside of the binary box are all suspect in the zero-sum game of hegemonic monogamous heterosexuality.

The knowledge that Katie Hill was an out bisexual congressperson and clearly was in a polyamorous relationship was used against her. The policing of sexuality and diminishing the wide variety of sexual choices and expressions to a narrow, limited ideal is the problem for more people than Katie Hill. It hurts all of us.

3. Our hyperpolarized political climate continues to fuel mean-spirited, vengeful, divisive speech and behavior. Ideally we would have a society that valued pluralism and the diversity that has always been who we are.

Of course, we are very far from this place, and the GOP used a Congresswomen’s personal business for their own political gain. We are going to see this more and more if we don’t push back.

Katie Hill made a mistake in having a relationship with a subordinate, regardless of that person’s gender. However, it sounds like that relationship had begun before she was even in office. Regardless this was her mistake.

However, this was not a mistake she should have lost her job over when we still have a man in the White House and many men in Congress and even on the Supreme Court, the place where Justice is supposed to be served, who have been accused of far worse non-consensual, abusive relationships and sexual assaults.

As someone who worked on Katie Hill’s campaign, I am truly disappointed that she is leaving office. I saw the promise and possibility in her win and it was hard-earned. That said, I understand the pressure she was under and the reasons she made the choice to step down quickly.

So just to recap: We start girls off by slut-shaming them while we promote sexual prowess in boys. As they get older, should a girl get pregnant, we do everything we can to deny her the ability to make choices over her own body, making sure she gets the message that it isn’t really hers. When she is assaulted, we do not punish the assaulter, nearly always a boy, and in fact we talk about how to actually punish him would ruin his career and how that would be a true shame. As she becomes a woman and a full sexual agent, we use assault, revenge porn, sexual threats and other tools of sexual oppression to keep her in place.

Welcome to the patriarchy. This is how it works.

Last year I wrote about the myth of the sex neutral workplace for Ms. Magazine. Here we are again, facing the intersection of sexual dynamics and relationships within the workplace.

This will not go away because we find attractions in the people we are close to and for people who spend all their time at work (like a congressperson might) the people they are always around are the people they work with. Crushes happen.

We can accept this fact and begin to develop more nuanced conversations and approaches to addressing sexuality in the workplace or we will continue to be a culture that denies the sexuality of humans and pretends that we are supposed to leave it at the door because we walk into our workplace, forcing people to fragment and diminish themselves into an unrecognizable eunuch in order to work within the untenable systems we have created.

We can and we must do better. Women are not problematic because they are sexual beings anymore then men or other folks are. We need to name these double standards when they happen and begin to push back and create a bigger vision of what a sexually pluralistic and accepting society would look like. As far as I can tell we might as well be in a Nathaniel Hawthorne novel with all of the women who dare to be sexual beings walking around with big Scarlet A’s on our chests.

We can all help. Speak out about the double-standards and name the sexual shaming. As Katie Hill said, “We will not stand down.”

P.S. The work I do directly combats the sexual shame, guilt and abuse many of us experience. If you want to do some deep personal work on yourself, please consider joining me and Karin Green for our forthcoming intimate retreat in January.

Have questions about it? Click here to send us a message.

Sign up for my free sexual empowerment course that’s custom made for busy people. 7 days, 2 minutes per day and easily applied to everyday life and relationships.