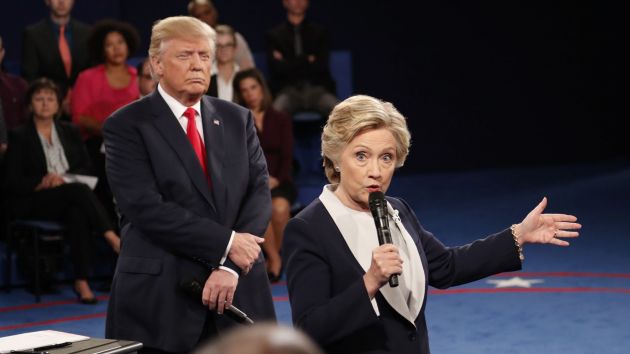 Last week’s debate was disturbing on many levels. The way Donald Trump loomed menacingly over Hillary Clinton, using threatening body language and posturing chilled most women to the bone. Why? Because we all know what that predation feels like. Watching it on a presidential debate struck a deep chord in many women’s psyches that set off a string of reactions that need to be talked about. 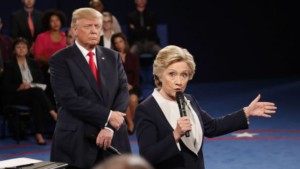 As if the tape of Donald Trump admitting to sexually assaulting women wasn’t enough, in a calculated move, he lurked behind Secretary Clinton as she answered questions from the moderators and audience members, clearly wanting to be seen as a threat. Men do this to women all the time and most women are very familiar with a feeling of being on high-alert, scanning for movement or any aggressive behavior that might signal a potential threat.

It’s not remotely funny. It’s a calculated move meant to make not just Hillary feel threatened, but which managed to make every person watching who has ever felt unsafe because we were threatened by someone bigger, or with more power or hate fueling their aggressive, potentially violent behavior.

The debate and the tapes set off a hashtag that had women recounting all the ways we’ve been put at risk: threatened, verbally or physically harassed, assaulted and violated. Many women have reported PTSD symptoms, recalled experiences of actually being “grabbed by the pussy” and worse, of past sexual violations that have been brought to the surface by both this actual assault and the threat of more to come in Trump’s deplorable behavior. 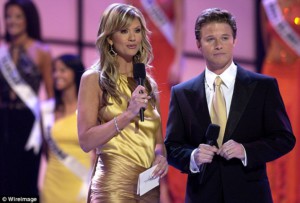 By listening to Trump and Billy Bush sexually objectify a woman they were working with while on the job—that equal “coworker,” and then coerce her into affection and touch she clearly didn’t want, we all witnessed the flagrant and flippant ways in which men often support other men to harass, demean and violate women—not only by their silence, as is often the response—but by egging it on and joining in. It’s not funny and it’s not cute – it is behavior that perpetually keeps women in fight-or-flight survival mode, fearful of what could happen to us.

And to top it all off, the co-conspirator who supported Trump’s behavior and objectified and coerced the female professional he was working with is being let go with a $10 million settlement.

Because that’s what we do in the United States: we let rapists off without sentences, we diminish the gravity of violent threats and acts towards women, and we reward the men with power who assault women with millions. That burns every bone in my body. Billy Bush was not an innocent bystander who had no role in this. He objectified and coerced Nancy O’Dell.

You don’t ever have to hug or touch a person you don’t want to. This is one of the more subtle ways men gain access to women’s bodies and affection and coerce us into doing things we don’t want to do. Last year I was teaching a class at Burning Man, an event where there is lots of “love everybody” messaging, which can translate into men thinking they get to touch every woman they meet. When I spoke with the women in my workshop about this coercive behavior, some recounted experiences where men got angry with them and called them a “bitch” because they set a boundary and didn’t want to hug them. Women often face consequences for setting healthy boundaries because men have learned over and over they don’t have to respect them.

Some people might be reading this, thinking, “Not all men are like that.” Of course all men are not like this. However, every man has the job to intervene and to say something when the men who do behave this way act inappropriately, or they are complicit. This severe problem will not go away because women stand up to men in a patriarchy. The recipients of patriarchal privilege need to step up and take a stand with us. 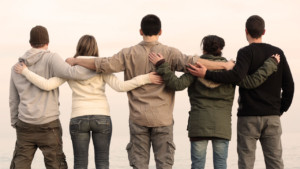 I call on all men to review their use of body language, verbal language, coercion, all forms of touch and invitations to women and to seriously adjust how they approach and criticize women when we are a “no” to anything and when we set our own personal boundaries and maintain our agency over our bodies. That means everything from hugs to sex. We are not your property, we are not obligated to give you anything—whether we are your wives, girlfriends, daughters, coworkers, friends or complete strangers. The culture of coercion needs to change if we are to end sexism and create real gender equity.

Want to help us get even closer to empowered agency over our bodies? Donate to our At Your Cervix campaign!