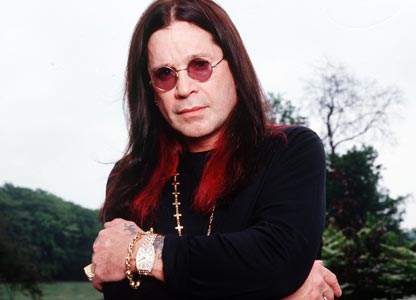 Ozzy Osbourne is the latest in a string of people (almost always men) to diagnose themselves as “sex addicts.”

As a professional sex educator who has spent 20 years advocating for healthy sexuality, I want to speak up and critique the idea of “sex addiction” as it’s commonly understood. In many ways, the concept of sex addiction has been fabricated by “addictionologists,” the people who claim they have the addiction, and the media. The concept has rapidly been accepted as truth when there is still no substantive evidence that sex addiction is real. This is dangerous on so many levels and we are asking the wrong questions.

I want to be clear: sexual behavior certainly can become compulsive, and if it interferes with your life, work and relationships, working with a trustworthy professional on the behaviors that cause you distress can absolutely be worthwhile. Where I see “sex addiction” become problematic is where it becomes a blanket term we throw over people whose sexual expression is different from “the norm,” without unpacking the actual behavior(s) or empowering the people involved to take responsibility for their own actions.

If there is sexually compulsive behavior that is keeping a person from functioning in their life, it’s essential to look underneath the behavior to see what it serves for the individual. That is a more holistic approach, rather than a prescriptive one. To say someone needs a sex worker or porn like they need a drug side-cuts the real issues that having sex in a particular way might serve – be it attending to boredom or unfulfillment in their life or relationship, to a lack of sex in their relationship, to a desire to explore, to not wanting to work that hard to make sex happen, to the seductiveness of secret exploits. We know part of why people have affairs is the excitement that doing something secretive provides. This does not make it sex addiction. With Ozzy, a person with a lot of power to do things beyond the law or typical norms, this goes right along with his personality and the way he has lived his entire life. But I am not here to diagnose him: there are many issues that might be coming up that impact his behavior and choices.

The first study on the brain scans of “sex addicts,” for example, only surveyed 19 men!

The outcomes of these uses are potentially far more damaging than the condition itself. Let’s think critically about the implications of manufacturing sex addiction. Here are 6 important considerations and why we need to question the false concept of sex addiction.

The truth is that some people engage in all kinds of compulsive behaviors and that doesn’t make them addictions. If behavior is getting in the way of us taking care of our responsibilities or addressing underlying emotional or psychological issues, we need to address that. If when the underlying issues are addressed, the compulsive behavior subsides, was that addiction?

Someone like Ozzy Osbourne, who has chosen to go outside of his marriage to get his sexual needs met, and who has a lot of social/cultural cache, is going to be able to use his power to get the sex he wants. That doesn’t make it a sex addiction. The issues around use of power, breaking relationship agreements and taking responsibility for personal behavior would be far more powerful to address in creating healing for a person and their relationship and the parts of him that chose to do that.

In short, if we stopped over-simplifying sexuality and using it to control people and keep them in fear; if we created a truly sex-positive environment where we don’t pathologize sexuality, and rather see it as a source of power, pleasure, joy and connection; and if we taught people emotional and communication skills like self-soothing behavior and negotiation skills, we would have a very different world where sex addiction would not have a place because we’d replace that cultural more with something that actually meets our human needs and doesn’t work to make us wrong for our sexual desire and expression. As it stands, many people get to be “right” and morally superior and many stand to make a lot of money off of our cultural promotion of sex addiction.