How White Supremacy and Misogyny Connect 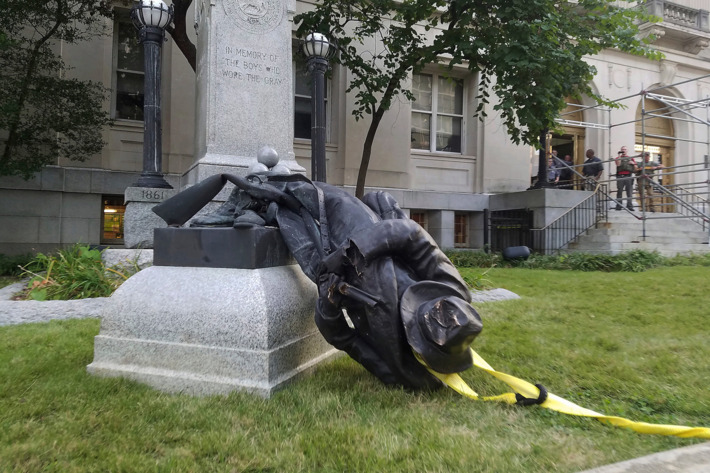 This past weekend I was honored to go see a man whose music I grew up on and loved shine his heart-light on a crowd of adoring long-time fans. Neil Diamond is a gem, one of the greatest songwriters of our modern world, and a true gentleman. He ended his show as I predicted, encoring with “Sweet Caroline” and then finishing with his biggest anthem, “America.”

America is a song about immigrants coming to a place where they can know real freedom. (If you never saw his film The Jazz Singer, it’s the theme.)

Everywhere around the world

Every time that flag’s unfurled

Meanwhile, there was a horrific scene happening in Charlottesville, Virginia where white supremacists held a rally and marched with torches, referencing the church-burning not-so-distant past of the KKK and protesting anyone but white men in a racist, xenophobic display of anti-Americanism. It was the modern, youthful KKK—without hoods. Absolutely chilling to see them carrying

their torches, using the Nazi salute and screaming angry hate speech. They turned that red-hot burning rage that only multiplies when large numbers of people gather and spur one another on, into violence. One black man was beaten with sticks, got his wrist broken and tooth chipped in addition to needing staples for the gash they beat in his head.

And another young 20-year-old man drove his car into a crowd of counter-protesters who were speaking out against the racist gathering, killing Heather Heyer, a woman who believed in speaking out about injustice, and injuring about 20 more. Harrowing photos of bodies flying in the air around the car are a stark reminder of just where we are in this country and how racist and unacceptable it is.

This is not the America Neil sung of.

What America is this? How do we reckon with our dark, racist past where those in power owned slaves and normalized it?

The truth is we’ve never had a true reckoning for our 300+ years of slavery and the legacy of systemic racism we’re still living in today.

The United States (only one of the Americas) is a place where people can have freedoms that so many around the world do not have, so people come here from everywhere around the world. We are a pluralistic society and that is what makes us great. Great isn’t going back to a time when white people cash in on their unearned advantages and benefits because they were fortunate enough not to have been brought here as slaves. That really is the only difference between white Americans with unearned advantages and a marked amount of everyday safety and security, and people of color who do not have any of that. Did your ancestors come here against their will, stolen from their homelands and then enslaved? Or did they come here seeking freedom of their own free will?

White supremacy culture is clearly alive in this country, in case anyone was questioning that before. It’s time for white America to look at itself and understand the reality of racist oppression that the Black community and other people of color are living in; to wake up from the trance of white privilege and understand that white supremacy culture can no longer be accepted as “normal” if we REALLY mean what we say about building a more equitable world.

As long as white people continue to passively accept white supremacy culture as the norm, it will continue to strip all of us of our humanity.

I hope that the terrorist attacks at Charlottesville call upon us all to do something radically different. Because our culture cannot survive in the direction it is going.

I believe we are fully capable of creating a path to safety, wellbeing, fortunate benefits and thriving lives for all of us. But this movement of hate must be stopped and it will require something of all of us.

When I write political pieces here, sometimes I get intensely critical feedback (usually from white men, I must say) that basically boils down to: I’m just here to hear you talk about sex. Stick to your area of expertise.

It’s no accident that as the White House key staff has become comprised of known white nationalists and racists, hate crimes against LGBTQ people have increased right before our eyes — not to mention the ways the rights of women are again being attacked with a vengeance that is scary.

White supremacy culture is deeply characterized by paternalism — when those with power think they are capable of making decisions for and in the interests of those without power. Consider  this photo from March of conservative Republicans discussing their proposed health care “reform” with Mike Pence: a room full of white men making decisions about women’s healthcare.

And to bring it back to Charlottesville, when tracing the rise of the so-called “alt right” movement, you cannot leave sexism and misogyny out of the equation. While the movement is most frequently described in terms of white supremacy and white nationalism, for many of its members, “the gateway drug” that led them to be radicalized on the Internet on the first place was actually sexism:

In many alt-right communities, men are encouraged to view women as sexual and/or political targets that men must dominate. The men in these communities don’t see themselves as sexist; they see themselves as fighting against their own emasculation and sexual repression at the hands of strident feminists. […] The basic idea that “women are getting too out of hand” is the patriarchal common denominator. And it aligns perfectly with male rage against “social justice” activism, which in turn paves the way for white nationalism and white supremacy to gain a foothold.  (Source article)

“Struggle is a never-ending process. Freedom is never really won, you earn it and win it in every generation.” Coretta Scott King

So we will keep fighting for the freedom and democracy we know to be the true greatness we are capable of in the United States of America.

With love and solidarity,

For white women who are realizing they need more education in order to be better allies to people of color:

Last fall, after the election, Leonore and I launched a 12-week course for white women that, after a misstep (and gracious calling in by a woman of color in our community) we ended up calling:  Calling In White Women.

We brought in about a dozen paid teachers to teach about white privilege, white supremacy culture, racism, microaggressions and other related topics in the service of helping white women to step up, raise consciousness and do more to dismantle white supremacy. We understood that white women who are being activated right now need their own space to get educated, make mistakes and learn how to do better WITHOUT expecting people of color to do the unpaid, emotional labor of educating them about racism.

And what we learned through the class is that so many white women don’t know where to start when it comes to confronting their own racism — and they are petrified of doing it wrong. But staying in paralysis doesn’t help anyone. We have to KEEP GOING.

The teachers gave so much amazingness, heart, and really helped people move along the spectrum to be stronger accomplices.