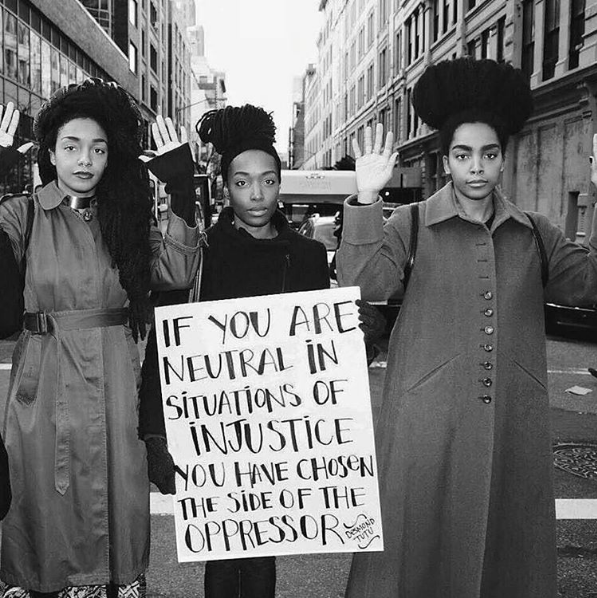 I wrote an article in June 2015 about the police murders of Black men after the video of Eric Garner’s killing went viral… and here we are, a year later—just after the 4th of July, a holiday to celebrate the United States’ values of freedom and democracy.

Yet, this country can’t even look itself in the mirror and be honest about how much work it has to do to be the land of equality, the home of the free, and the touchstone of democracy it purports itself to be and about how very racist it is.

A country that routinely pardons a group of people who use their power over another group to kill them—and in that pardoning, excuses those murders—has serious problems. 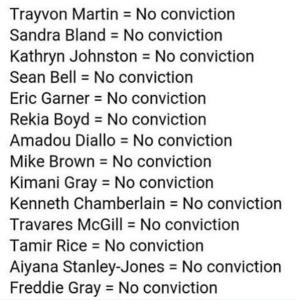 Anyone who has the nerve to say this has nothing to do with race is afraid to look at what race really means in the U.S. We cannot continue to build ourselves up as this superior nation which fights for democracy and freedom when we deny that people of color, and black men, in particular, are targets every single day for harassment, police brutality, violence and yes, murder.

Our justice system promotes an “innocent until proven guilty” system for determining what is criminal, yet in practice, black men are almost invariably guilty until proven innocent when they are suspect of anything.

When black men are victims, they are made out to be guilty of all manner of things, many of which are irrelevant, while racial stereotypes that make them out to be dangerous monsters make it nearly impossible for them to ever get justice—or their day in court.

Like so many of us in this country who are much less likely to be harmed or killed, I have the privilege of whiteness as protection.

As an attractive, white woman, I get a pass every single day that black men and people of color never get. I am not called a monster or a threat. My body is not touched and disrespected at whim. I am not followed. I am not harassed by police officers. I am not subject to life-threatening chokeholds. I don’t have police cars driving up to me when I am hanging out in a public place, firing their guns. I am not treated as dispensable.

Black men are treated this way every single day. Black boys are murdered by gun-happy cops while their parents and families are devastated, and our media talks about what they were wearing to indicate how justified their murders were. 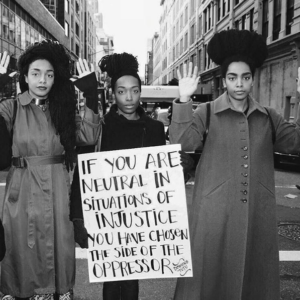 It’s not dissimilar to how we address women who are sexually assaulted, and sexuality is actually a part of this.

There is a long history in this country of using stereotypes of black men as menacing and sexually aggressive to oversexualize them and make them seem dangerous. There are so many cases of black men being wrongfully accused of raping white women, and if they were accused, it was as good as guilty and guilty meant death.

If you follow my work because you are committed to your own path of sexual evolution, I urge you to consider how your sexual identity intersects with your race and ethnicity, the messages you’ve taken in about sexuality and race, and the experiences of other people in your life—especially those in the queer community and people of color who are especially vulnerable in this racist society.

While we do not hang black people today in the literal sense, we still do it. These stereotypes and the inability of most American citizens to really look at issues of race perpetuate an institutionalized system that demonizes black men and boys and completely disregards their lives and safety—and its roots are in a country that was founded by enslaving black people. It’s connected.

Black lives matter. Just as much as mine or yours or anyone’s.

I remember being at so many protests in NYC in the late 90s and early 2000s when Amadou Diallo, Patrick Dorismund, and Sean Bell were killed by police officers, and here we are again with another big wave of high profile cases that we simply cannot ignore. Today, we mourn Alton Sterling and Philando Castile as the latest additions to a long list of men and boys who were brutally and needlessly killed, who were not a threat, except for the fact that they were black.

How about taking a moment of silence to honor their lives, and take some action to support the #BlackLivesMatter movement. Reach out to your black friends and loved ones and ask how they’re doing. Use your voice and whatever privilege you’ve got to speak out against racist killings and not let this be business as usual.