Female ejaculation is still a hot button topic as demonstrated by the response to the research study just published in The Journal of Sexual Medicine that was then misappropriated by the popular website I Fucking Love Science.

In the 90s when “female ejaculation” became “a thing” I questioned the use of the word “female”. Why is it not just ejaculation? Why do we need the female modifier, as if it’s a lesser version of the “real thing”? People with penises ejaculate. People with vulvas ejaculate. People ejaculate as a sexual response to things that make them feel good. At the end of the day, that’s what is most important.

It’s called “female” because many people find it incomprehensible that men and women—people with all matter of genitalia—ejaculate. Some seem to maintain that ejaculation shall remain a marvel of man, untouchable and unachievable by the ladies.

It got to a point where women who ejaculate were making videos teaching other women how to do it. The pressure was on. And that’s exactly what we don’t need. But well-meaning female ejaculators wanted more women to experience the gush.

Studies have been done in order to figure out just what this “female ejaculate” that so-called squirters propel into the faces and eyes of their beloveds is made of. The Federation of Feminist Women’s Health Centers published their groundbreaking book A New View of a Woman’s Body in 1991 because they were done with the male bias in research that had rendered us disabled in our scientific information about female sexuality. They did their own dissections and renamed many female genital parts based on that research. Other small-scale studies have been done examining female ejaculate, which Rebecca Chalker outlines in The Clitoral Truth.

The recent study is no different. It’s small. It’s not a significant sample (7 women to be exact), and there is bias in the way the findings are discussed. But we love pop science and IFLS put out a headline that even the research didn’t state: “Study Concludes That Women Who Squirt During Sex Are Actually Peeing.” Nope. That’s not what the research says. It says urine is “indicated”. Along with prostatic fluid. Yep, female bodies make that too. 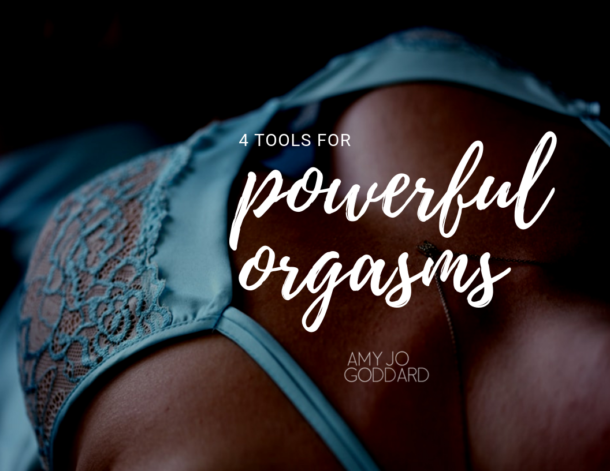 Get my 4 Tools for Powerful Orgasms

I created this resource guide with 4 powerful tools and exercises that will get you into your body and experience more pleasure!

Sex Educator and Nurse-Midwife Sheri Winston proposes that female ejaculation is antimicrobial and designed to keep potential infection-producing agents out of the urethra.Given that women often get UTIs from sex it makes a whole lot of sense that our body would have a function to prevent infections that can cause dangerous kidney and full-body infections. Our bodies are amazing with immunity. Where’s the research on that? It’s a really good research question.

Two: Ejaculation is real in both males and females. Women report ejaculating and indeed it has been documented in old Chinese texts, The Kama Sutra, and by Aristotle. It’s not new and it’s not a myth. Ask any woman who experiences it. Seriously, why are some folks so avidly trying to discredit the ejaculate? #Ejaculatehappens

Three: Regardless of the content of the fluid, which does contain prostatic fluid from the paraurethral and Skene’s glands, it results from a sexual event. Calling it “bedwetting” or attempting to shame women because it contains urine is totally dismissive of the arousal that creates it. Amy Luna Manderino of the Sex Evolution proposes we call it an “orgasmic flush.” This highlights the fact that sexual arousal produces the fluid. It is also likely that ejaculation has a function, as Winston purports.

Four: Women don’t need to feel pressure to ejaculate. We’ve got enough pressure about sex. If things are working and you are having pleasure, enjoy it. And if it’s important to you to learn this sex skill, then go to a workshop or check out the “How to Female Ejaculate” video and have at it. Avoid concluding that something about you is inadequate if you don’t seem to ejaculate. You could be You could be ejaculating in small amounts that are harder to detect or maybe you don’t. What’s important is that you are happy with your sexual functioning. Keep the pressure off.

If you are a woman who does ejaculate, please don’t let this poorly done research and research reporting shame you into holding back or altering how you come. If it feels good, enjoy it. Ejaculate is not the same as urine and even if it were? Urine is mostly water. If you ejaculate, fantastic. Keep having those orgasmic flushes and enjoy the ride.